A Story of Resilience, Adaptability and Creativity 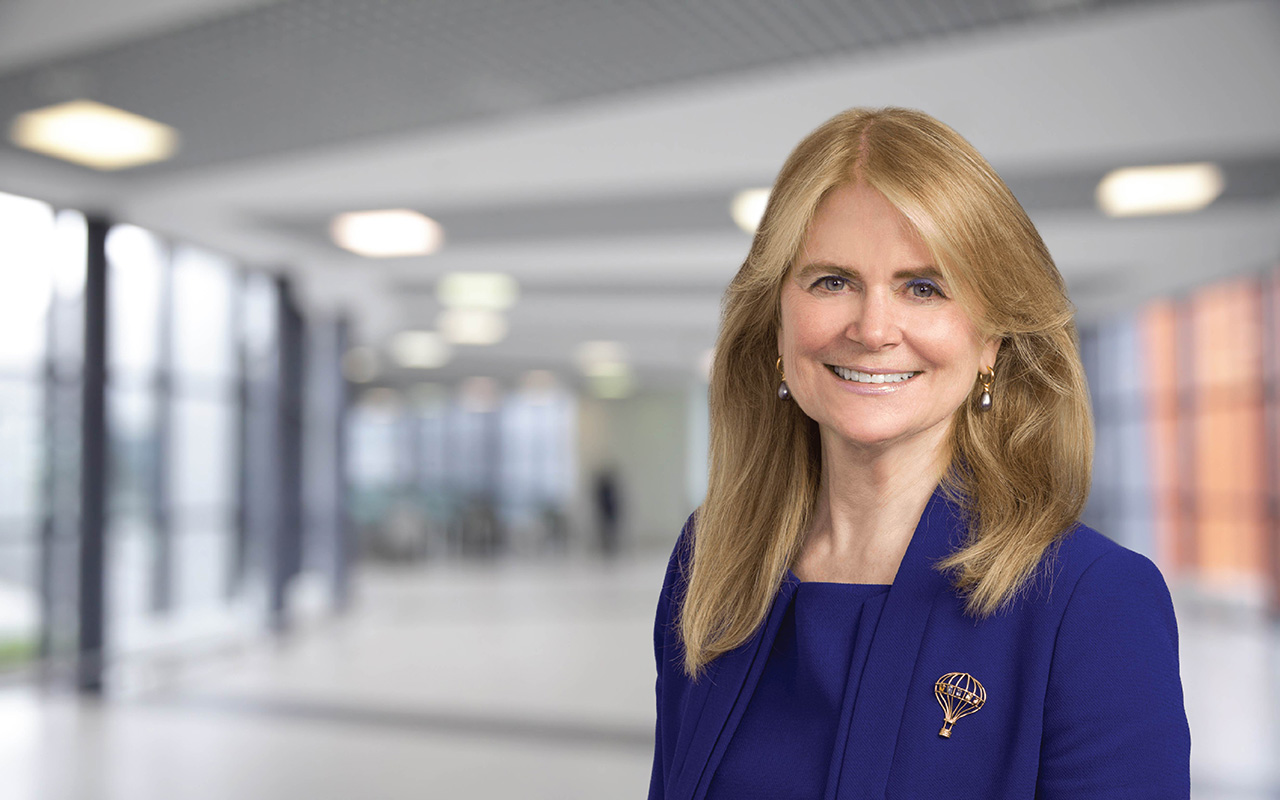 Q & A with Carolyn Jackson

It has not always been a seamless career journey but Carolyn Jackson’s creative, adaptable, and resilient approach to pushing through challenges has allowed her to rise to the top in the derivatives industry. Having started a derivatives trading desk from the ground up early in her profession, going to law school, and lobbying for financial regulations in the US and UK, has carved her path in the financial world.  Carolyn openly shares how her career experiences evolved over the years and solidified her expertise in helping financial operations navigate the complexities of cross-border regulations. She describes how her innovative thinking and ingenuity has helped her persevere despite challenges and suggests that these are the same characteristics  important for those seeking to achieve similar success in a finance career. Throughout the interview, Carolyn provides thoughtful insight and reflection that can be helpful to women wanting to merge and develop a career in the financial job market.

Please give us a quick overview of the early stages of your career.

When I left business school, I had a position at a New York bank as part of their financial consulting team. My boss was fired on my second day, and the team was disbanded. After working for a short period in commercial lending, I volunteered to become part of the bank’s first derivatives team, which was ultimately a smart decision. I eventually became head of the trading desk. After about five years, I went to the NY branch of a French bank and set up their first derivatives trading desk. After another five years, I did a ‘team move’, taking my entire team to another NY branch of a different French bank. At that time, I was becoming very interested in the regulatory issues that were beginning to emerge around the then unregulated derivatives industry. These issues led me to leave that firm to become the executive director of the International Swaps and Derivatives Association, Inc. It was at that time, during all my trips lobbying in DC for what would become the Commodity Futures Modernization Act, I determined I would like to go to law school. After graduating from law school, I very much wanted to work in the UK and joined the US law group of a Magic Circle firm, advising on US federal regulation of financial markets, institutions and products. I then joined Katten, where I now advise on the financial regulations of both US federal and English law and, of course, on anything and everything related to derivatives.

I had no specific expectations. I envisioned being in financial consulting for the first few years spreading the good word about efficient markets and modern portfolio theory. However, after I started in derivatives, a clearer path emerged—setting up the first derivatives trading desk for my bank, creating a brand-new derivatives trading team and making a full-team move.

What characteristics are crucial to succeeding in a financial services career?

Resilience, adaptability and creativity. One must be resilient in this industry because although there will be many good days, there will be some really, really bad days along the way. One must learn to savour and treasure the good days and then learn as much as possible from the bad days and move on. One must be adaptable because the finance world is always expanding; evolving; and requiring new responses, learning and thinking. One must be creative in finance because not all answers are known or can be learned and, therefore, must come from ingenuity and perseverance. Finding that new approach, new solution, new product or next evolution is so rewarding. Although I prefer the three words in their current order of importance, their first letters, when taken backward, become the CAR principle, which, oddly, spells the first three letter of my name . . .

What were the biggest challenges you faced at the beginning of your career in the finance industry and how did you overcome them?

The biggest challenge I faced was right at the beginning of my career when my boss was fired. He set up his own company and made it clear I was not needed. I managed to convince the bank I had so recently joined to keep me despite having only two days’ experience. It took me a while to find a home—I was first put into the commercial lending program and then into the general capital markets associate pool. Although the work was reasonably interesting, I still did not have a work home. When a team of two came from a rival bank to set up the first swaps group and find people to join, I was the only person who jumped at the chance. At that time, swaps were unknown, and my peers in capital markets did not want to take the risk, preferring to stay in project finance or mergers and acquisitions.

My next challenge came from evolving with the swaps industry as it revolutionized the financial industry. Initially, swaps were a capital markets product. Banks were limited to taking only credit risks. This plan evolved into setting up a trading desk after banks were permitted to take on market risk. And then came operational risk as swap volumes mushroomed. I kept up because of many late nights working with colleagues and participating in industry groups. I also conducted internal and external training sessions, including sessions for regulators, because one of the best ways to learn about something is to try to teach it to someone else. To get different perspectives, I acquired two chow chows, Lemieux and Mugwump.

Do you think women who are starting their careers in finance today experience the same or similar challenges?

I think job security continues to be a challenge for anyone starting a financial career. There are lots of different potential paths. One path is to go to a large institution where you will have more training and, in general, more job security but possibly less direct responsibility as you start your career. Another path is to go to a start-up company in a new area of finance—which would likely give you more initial responsibility and possible growth potential but at a greater risk, such as what occurred during the Silicon Valley dot-com era. I also think it continues to be a challenge to keep up with financial industry developments, whether in new products, concepts or regulations. Becoming involved in industry associations and keeping on top of the trade press are both good ways for people starting in the industry to develop their knowledge while expanding their networks.

At what point did you decide or realise you wanted to become a lawyer?

As I mentioned, although I immensely enjoyed the trading side of derivatives, after many years, the regulatory and legal side became increasingly interesting to me. When I started in derivatives, they were largely unregulated and did not even have any direct regulatory capital charge applied to them. I wanted to understand the legal justification when regulators began to assert jurisdiction and the statutory language and regulations that were beginning to emerge. I am not 100 percent sure that it was necessary to go to law school to achieve that because law school naturally does not specifically focus on derivatives. But that is what I did. During law school, I briefly considered going into mass tort litigation, largely for the procedural challenges, but ultimately, I decided I could not leave the finance world.

I am a financial regulatory partner in the London affiliate of a US midsized law firm. I have a variety of clients, including commodity supply chain firms, corporations, proprietary traders, banks, investment firms, exchanges and clearing houses. I advise on financial markets, financial products and financial regulation. The legal and regulatory issues I address are largely cross-border, and I work closely with our Chicago and New York offices. Additionally, as mentioned above, I advise on anything and everything related to derivatives. I have been with the firm for 11 years, and it has been exciting to see the firm and the London office overall, but especially the financial markets regulatory practice, expand and keep pace with the ever-evolving industry and the needs of our clients.

Do you think your early career as a derivatives trader has given you better insight into how to advise your current clients?

Absolutely. I understand what it is to work at a bank—the economics and pricing of financial products, the dynamics of a trading floor and the time pressures on my clients. Ultimately, although the legal analysis must always be conducted, I realize that at the end of the day, my clients want crisp, concise commercial advice.

What advice would you give women who want to begin a career in the finance industry?

I would advise them to embrace their quantitative side. Look for classes and seminars in math (including applied math), statistics, econometrics and financial engineering. Too often I hear from colleagues, including financial lawyers, that the reason that they went into law was to avoid numbers and any form of math(s) whatsoever. Certainly, for a finance career on the business side, strong quantitative skills are a necessity. However, such skills are central to almost all aspects of any area of finance, whether it is in the logic of legal analysis or even in the optimisation of time management.