Ann Rutledge: Paving the Way for the Future of Analytics 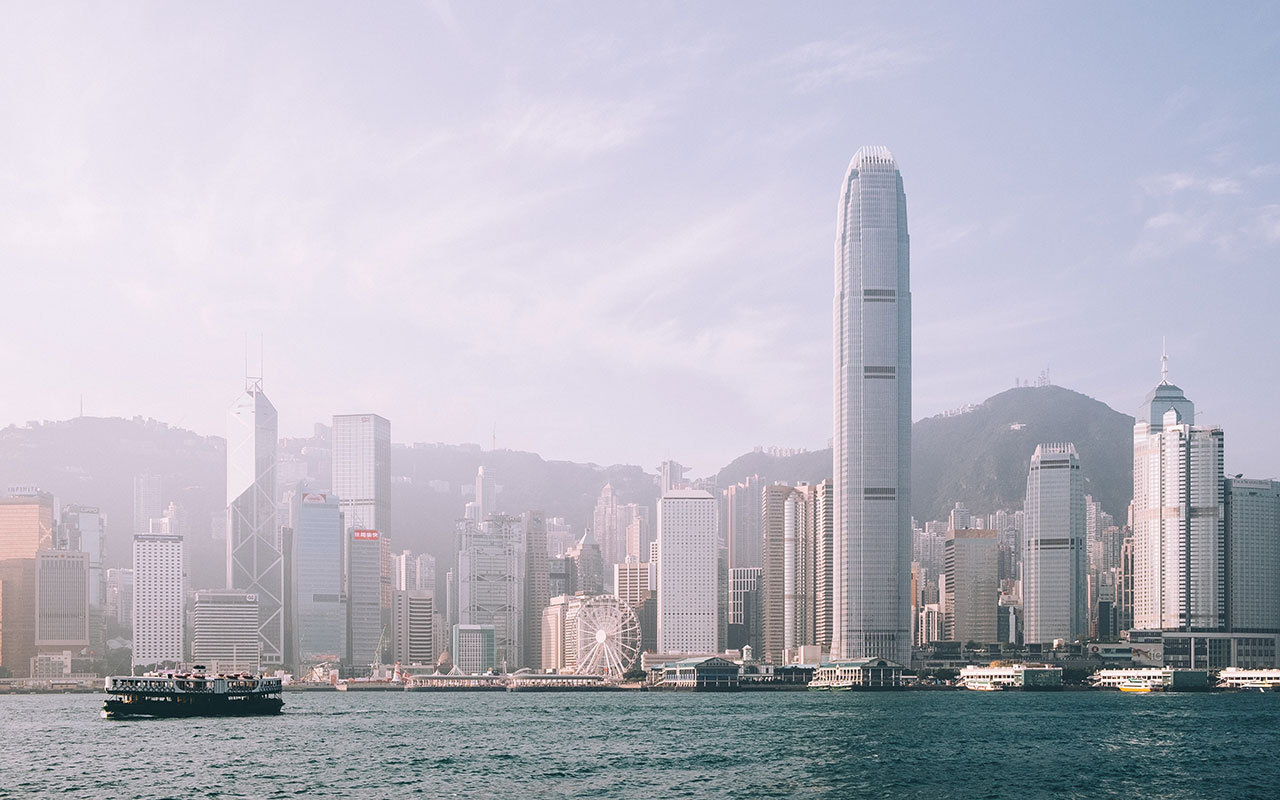 From the 1980s to the present day, Ann Rutledges’ mark on the financial world has been grounded in a combination of analytics and real-time interpretation. Being trilingual—speaking two Asian languages in addition to English—has provided her a depth of experience working in the Asian markets in addition to her roots in the United States. Eventually returning to New York, Ann realized it was time to give shape to her vision for what she believed the market needed, so she launched her own independent ratings agency. As a teacher at Columbia University, Ann’s intelligence and broad-reaching experience is also shared with students. Enjoy this Q&A session as Ann Rutledge provides intelligent and thought-provoking insight into the analytic process within the financial marketplace.

Ann, you’ve been in finance since the 1980s. Would you give us a brief timeline of your professional career over the years?

It would be wrong not to start with the fact that I was headed for a PhD in Chinese linguistics at Berkeley (where daycare was provided) when my ex moved our 15-month-old son and me to Hyde Park (University of Chicago), where, if you needed daycare, you were on your own. I switched to an MBA for the family’s finances. Not long after, I became a single parent and found myself discovering opportunities that most benefitted my family.

I was in school during the Volcker era and then worked at Continental Bank right after it became “too big to fail” (TBTF). I left to work on the Chicago Board of Trade floor. During that time, I watched the markets collapse from the floor on Black Monday in 1987. For the next few years I would work in exchanges, where the products were closer to what I had learned in finance courses at Chicago.

I eventually moved to Taiwan in 1988 because Asia was a better place to be a working single mom. There I saw the seedy side of futures markets at first hand before they became regulated.

I landed a job consulting for the Hong Kong Futures Exchange (now part of HKEx) as they recovered from their clearinghouse failure. In addition to my regular work there, I taught options to the floor brokers in Cantonese and explained derivatives and clearing to scores of Chinese delegations in the early 90s—because China’s capital markets were opening up, and I was the exchange’s only Mandarin speaker.

I joined JPMorgan to head up prime brokerage in Asia and opened up accounts in China and elsewhere. It was during these years, however, that I realized bank corporatism wasn’t a good fit for me.

In 1995, I joined Moody’s Investors Service in Hong Kong to head up non-Japan structured and project finance. Because of my exchange background, I realized very early on that structured ratings were static when they needed to be dynamic, like options. Later on, I moved back with Moody’s to the NYC structured finance group but ultimately left at the end of 1999 to start a business in risk-responsive ratings. I asked the smartest risk engineer I’d ever met to join me—and we’ve run that business now for 22 years.

You mentioned that you left Moody’s at the end of 1999. What was your role there? Ultimately, what drove your decision to leave? Furthermore, what was the state of the industry that inspired you to open your own company?

I have never shared before now that the glass ceiling was a factor in my decision to leave Moody’s. The HR manager at my exit interview was disappointed that I gave “boredom” as my official reason for resigning.

I had come back with Moody’s to NYC from Hong Kong rather than work for a younger male colleague who was going to be promoted to MD over my head—notwithstanding that I had single-handedly grown Moody’s Asian structured market share from 0 percent to 100 percent, and that I spoke two Asian languages, whereas he spoke none. After coming to NYC, given the politics, I understood that getting a window office was the highest promotion I could expect in the foreseeable future. It was punishment, if you will, for exceeding certain bosses’ expectations from me.

I think that, in one way, discrimination is the same for everyone. If you’re willing and able to fit a role, you can do well, even as a woman or minority. But if you have creativity, imagination, or drive pushing you outside a narrow band of expected behavior, it’s going to be a challenge. The difference is that men understand that other men, at least other white men, eventually want to grow into their own power and live their own dream. I think having this recognized is still hard if you are a woman.

But, to be clear, the main reason I left Moody’s was because the culture had become a sellout. Plus, I had identified a critical flaw in the structured rating method—related to my exchange background. And my son’s college was almost paid for.

It was time to try to provide my vision for where the market needed some shape.

In 2000 you founded an independent rating agency. This agency has played an instrumental role in helping investors get restitution and damages when they invested in RMBS and CDOs based on bad ratings. First, can you explain what RMBS and CDOs are for those unfamiliar with that area of finance? Second, how are you able to get compensation for investors regarding this side of the industry?

Running my own shop has given me a lot more freedom to own my successes and make the mistakes I want to make—for sure.

But the credit rating system is deeply flawed, and my biggest challenges are related to staying in the game and getting traction. I need more support and more buy in—and the reason it’s hard isn’t because I am a woman. Change is hard.

During the past several decades working in the finance industry, you have seen and felt the highs and lows of the markets in the world of investments. You’ve expressed that crisis defines your financial experience. Can you explain more about what that means?

I was at Continental Bank when it was TBTF, on the exchange floor on Black Monday, at the HK Futures Exchange after they failed, helping the Committee for the Reform of the Economic Structure in China understand futures markets (because the capital needed for growth wasn’t circulating in China’s command structure), and with Moody’s in Hong Kong during the Asian financial crisis looking at crisis-driven deals from Thailand and Korea. On top of all that, I founded a business with a patented rating technology we designed in 2001 to prevent the problem that ballooned into the Global Financial Crisis. Our technology helped Michael Burry and large institutions I can’t talk about.

Now we are embarking on a new rating technology to help companies and cities develop sustainably with their limited resources. We did a successful pilot in Bilbao, Spain, and we are looking to do more!

Fast forward to more recent years, regarding your teaching at Columbia University. It’s amazing with all that you are able to do in your career and still find time to spend in the classroom! Expand more on what you teach and some of the highlights regarding the opportunities you provide for your students.

I have taught securitization at two large universities in Hong Kong, from 2003–2017, as well as all over the world. In 2019, the School of International Public Affairs at Columbia University invited me to teach their first capital markets class. So, I have shifted gears a little bit, in trying to build up my students’ ability to reason financially.

I’m sure you make a big impact on the students there and influence what direction they may take their careers. Considering this, how do you see the future of the industry as you work with today’s students and inspire tomorrow’s female professionals?

One thing I always do is get the students to play Monopoly. It’s the best way to dive off the deep end into financial strategy and tactics.

This year, because I am on the editorial board of the Journal of Structured Finance, I helped two of my students publish articles in the forthcoming fall issue, with the support of the editor, Mark Adelson. That was a very meaningful experience for me and, I hope, for them.

I think the challenge of learning who you are and becoming that person will always be there. It’s tough in finance as it was, but perhaps the movement toward sustainability is changing the culture of finance to the benefit of all of us. One can hope!

Most recently, in August 2022, you opened a structured finance credit metrics company, Spectrum Analytics, LLC. In that company you are exploring European Securities and Markets Authority designation for your rating services. What does that mean, exactly?

Yes. In a nutshell, credit ratings are no longer fit for purpose. They leave out vast, important sectors of the value chain. Bringing coincident rather than predictive, they are biased in favor of the status quo and in favor of whoever pays their expensive bill. We have solutions to address all these shortcomings.

Our ratings are produced digitally but based on our own assumptions. We are seeking a license in Europe where there is greater regulatory acceptance of small, independent institutions.

We also make our tech available to people who want to use our robust backbone systems but customize them for their own use. This is a line of business we have had for some time too. It just seems like the right time to formally bifurcate the two.

Can you make a comparative analysis of what is happening in today’s state of the world economy relative to past decades? What, in your opinion, if anything, can be done to avoid making the same or similar mistakes that occurred during the 2007–2008 Global Financial Crisis or any other volatile time in the industry?

That’s a great question. I think in my lifetime there has been an overall trend in the world toward greater convergence. But in finance, there are two almost completely nonintersecting views. The market view, where value is determined by price, and the credit view, where price is determined by value. Exchange markets have better technology but credit as a domain is more holistic and long form. Both perspectives have a lot of techniques and perspectives that, if merged, would bring about a more sustainable risk architecture.

You’ve been very insightful in your expertise and experience in the analytical side of the financial world. Is there anything else you would like to add or share for our readers?

Oh, thank you. I guess that finance isn’t just analysis—it’s very human. If you’re in finance for the long haul, it’s important to find your style in finance and help other colleagues understand why it’s good for them to make room for you. I personally believe finance needs to be taught as a language. To that end, I am working with a language software engineer to bring a new solution to users—and keen to mobilize it for women in finance!

Ann Rutledge is a fixed income analyst with a fascination for patterns and a sixth sense for crisis before it happens. A graduate of Wellesley College and Chicago Booth, she founded an independent rating agency in 2000, which she continues to run. Her financial experience has been defined by external crises, from lending for Continental Bank in the early 80s, to managing derivatives and prime brokerage in the late 80s, to heading project/structured ratings for Moody’s in Asia and NYC during and after the Asian financial crisis.