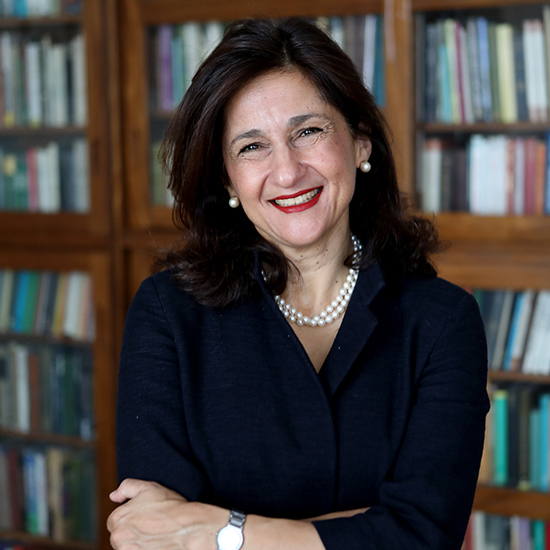 London – 4 December 2018, 2018 – 100 Women in Finance (100WF), a global, practitioner-driven non-profit organization that serves more than 15,000 professionals in the finance and alternative investment industries, announces today that Dame Minouche Shafik, Director of the London School of Economics and Political Science (LSE), will be presented with the 100 Women in Finance 2018 European Industry Leadership Award at the organisation’s annual London Gala on 13 February, 2019. Each year, 100WF identifies a woman whose professional talent, business ethics, and passion for investing help define and advance the industry’s standards of excellence.

During her 15 years at the World Bank, Shafik worked on its first ever World Development Report on the environment, designed reform programmes for transition countries in Eastern Europe, and developed proposals for economic integration in support of the Oslo Peace Process in the Middle East. She became the youngest vice president in the history of the World Bank at the age of 36.

Shafik returned to the UK in 2004 and rose to become the Permanent Secretary of the Department for International Development, where she was responsible for the UK’s development assistance efforts around the world.

She joined the IMF in 2011 as Deputy Managing Director with responsibility for many of the crisis countries in the Eurozone and the Arab countries in transition. She also oversaw the IMF’s university, which trains thousands of government officials each year, and was responsible for human resources and an administrative budget of $1 billion.

She became Director of the London School of Economics and Political Science in 2017. The LSE is one of the world’s leading universities with over 140,000 alumni across 200 countries and produces research and ideas that shape thinking globally. Shafik also serves as a Trustee of the British Museum, the Council of the Institute for Fiscal Studies, and is Honorary Fellow of St. Antony’s College Oxford.

She holds honorary doctorates from the University of Warwick, the University of Reading, and Glasgow University. She was made a Dame Commander of the British Empire for services to the world economy in the Queen’s New Year’s Honours list in 2015.

“100WF in Finance is pleased to honour Dame Minouche Shafik for her outstanding achievements in the financial industry, both for our nation and in the international arena. Her leadership across diverse aspects of economic reform and development, operations, education and policy has had a significant and long-term impact across the globe. She is truly an inspiration to the next generation of women in the finance industry,” said Kathryn Graham, Head of Strategy Coordination, Universities Superannuation Scheme Ltd, and 100WF London Board Chair.

Each year, 100WF’s Board of Directors selects a charitable organisation for its philanthropic initiative on a rotating basis from the focus areas: women’s and family health, investing in the next generation and education. This year’s global theme is education. Net proceeds from the London Gala will be given to the “Heads Together” initiative of The Royal Foundation focusing specifically on mental health initiatives for children and young people.

To date, 100WF has raised more than US$40 million (gross) globally for charitable causes.

About The Royal Foundation

The Royal Foundation is the primary philanthropic vehicle for The Duke and Duchess of Cambridge and The Duke and Duchess of Sussex. Through the Foundation, their Royal Highnesses set out to tackle some of today’s biggest challenges, using their passion and unique influence to change mindsets and to make a lasting difference on issues that matter to them and to society. Programmes and campaigns that have been initiated or run by the Foundation include Heads Together, the Invictus Games, the Endeavour Fund, Coach Core, United for Wildlife and Early Intervention.

About 100 Women in Finance

100 Women in Finance is a global network of professionals in the finance and alternative investment industries working together to empower women at every stage of their careers. Through peer engagement, philanthropic, and educational initiatives, our more than 15,000 members are making connections and creating opportunities that help to advance careers and strengthen our field.