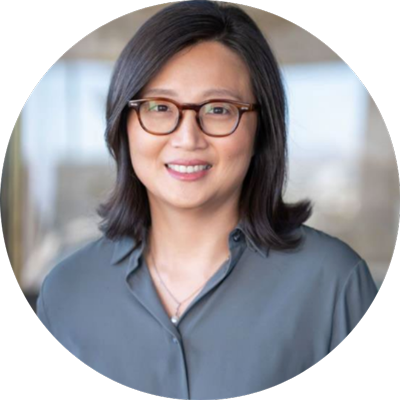 Ellen Lee is a director and fundamental portfolio manager at Causeway Capital Management, responsible for investment research in the global consumer and utilities sectors. She joined the firm in August 2007 and has been a portfolio manager since January 2015.

Ellen Lee is accustomed to standing out. From her early childhood as a Korean national in Anchorage, Alaska, to the present day as one of relatively few female equity portfolio managers, over the course of her life Lee has cultivated confidence in her unconventionality. Her family, her work ethic, and her enduring optimism gave her the fortitude to develop an against-the-odds career as an investor.

A Childhood of Nonconformity

Lee’s childhood was divided between the United States—Alaska, then California—and her birthplace of Seoul, South Korea. “I have always been different,” Lee says. “Growing up in the States, I stood out as the Korean girl. And when I returned to Korea as a teenager, I stood out as the tall girl with the really raspy voice.” But Lee was comfortable with nonconformity, even in the most self-conscious years of childhood. She credits her family for her self-assurance. “We were at ease as a family adapting, and we supported each other. In new situations, my family encouraged me to think, ‘Okay, how can I be myself and be confident?’”

When Lee returned to Korea after eighth grade, she enrolled in an all-girls school, an intensive academic environment. “The school ranked everybody after every test,” Lee said. “I think the first test I took, I ranked 54th out of 56 kids in the class. I felt so stupid.” Indefatigable, Lee studied hard. By the next year she ranked fourth in the entire school, and eventually climbed to the number one ranking. Her academic performance earned her acceptance to the highly competitive Seoul National University, where she enrolled in business courses. After years of having only female schoolmates, she now was in nearly all-male classes. “I think being tall gave me an advantage. Maybe men didn’t belittle me because I could punch them…and it would hurt,” she laughs. Lee held her own academically, too.

Lee’s interest in investing began to germinate when her older brother, attending university in the United States, began studying the stock markets. He would excitedly phone home to update Lee on his findings and encourage her to learn more about finance. Although Lee’s parents were financially conservative, like many of their post-war generation, they supported her development as an investor by giving her autonomy over the income she generated from tutoring and other jobs.

After graduating college in the aftermath of the 1997 Asian Financial Crisis, Lee joined the Hong Kong office of Credit Suisse First Boston. The advisory businesses of investment banks were thriving amid the region’s economic wreckage, assisting multitudes of overindebted firms with restructurings, and shepherding waves of industry consolidation. From Hong Kong, Lee focused on Thai and Hong Kong deals, then moved to the Seoul office to advise Korean corporates. She found herself turning a weakness into advantage. “Because I was female, I was excluded from many relationship-building activities with colleagues and clients—nightclubs, golf outings, even smoke breaks at the office,” Lee recalls. Instead of fraternizing, she became known for reliability and clearheaded follow-through (easier without the fog of late-night drinking), and for providing frank opinions when clients may have expected diffidence.  “I learned that people really do respect hard work,” Lee says. But it was the detailed memorandums Lee drafted on companies’ business models that she enjoyed most. “We would prepare a thick book about each company to send to prospective buyers, based on extensive due diligence. I learned how companies manage their working capital and cash flow—all these operational details. And I thought,

‘Wow, this is actually my favorite part of this job.’” While working at Credit Suisse First Boston, her interest in corporate fundamentals led her to apply to Master of Business Administration programs. Then, Lee received two momentous bits of news: she and her husband were expecting their first child, and she had been accepted to Stanford Graduate School of Business. The following year, Lee traveled back to California, this time with her young family, to pursue her MBA.

From Stanford, Lee focused her job search on buyside firms. A research analyst position at global equity firm Causeway Capital Management caught her attention because the firm’s investment process was rooted in detailed analysis of company fundamentals. Lee could indulge her passion for getting to know companies inside and out.

To Lee, the interview process at Causeway showcased a collaborative and egalitarian culture. She recalls every research team member in the office attending her case study presentation for an interactive discussion. “The portfolio managers wanted to know how I thought. It was about my brain rather than my presentation skills,” she says. Lee liked that the team had so many international members, appropriate for the global scope of its strategies. And she admired Causeway’s leadership, including CEO Sarah Ketterer, an even rarer example of a C-suite female investor. “I had enough professional experience before Causeway to know whom you work for matters a lot. It is a great comfort to me that Sarah and Harry Hartford and the other executives here support a range of viewpoints. They would prevent a male-centric culture from invading our firm.” To Lee, Ketterer’s chief executive role also established a precedent for female leadership.

Developing as an Investor

At Causeway, Lee felt right at home poring over 10-K filings and discussing operational details with company managements. But unlike in her investment banking role, here Lee had to provide input that initially seemed intimidating. “As a banker, I would give three options to the client, and they would decide what to do. Now I was responsible for a recommendation. That transition was hard and stressful.” Never one to shy away from a challenge, Lee persevered. “I am a glass-half-full person, which is why I love covering equities. I have a bias toward things becoming better.” The support and experience of the team helped Lee build confidence and sharpen her investment acumen. Lee spent eight years as an analyst, then became an equity owner of the firm and a portfolio manager, adding buy, sell, and position-sizing decisions to her responsibilities while continuing to research equities for the firm’s strategies. She says, “As a portfolio manager, I must dive deeply into company-specific research but also understand how attractive a company is in the context of the greater equity universe. It’s both a specialist and a generalist role.” Lee and her research colleagues generally cover more than one sector—hers are consumer staples and utilities—and collaborate on investment ideas, which she believes keep her from becoming too siloed.

With 15 years of investment experience under her belt, Lee has matured as an investor. But the ability of her profession to continually challenge her keeps her fulfilled. “One of the best things about my job is that the world changes every day and I have to work with my colleagues to stay ahead of those changes,” she says.

A mother of three, Lee seeks to pass along her disdain for complacency to her children. “I want my kids to really believe that they can be lifelong learners,” she says. For professionals seeking to advance their career in investment management, Lee evangelizes for perpetual curiosity: “Be interested in the world. That’s what you need most for this career…maybe for any career. People want to be intelligent, but above all, they should be curious.”

This market commentary expresses views as of July 2022 and should not be relied on as research or investment advice regarding any stock.

Bio may also be viewed at
www.causewaycap.com/insight/meet-ellen-lee

Interested in connecting with other women in the industry?

See how a membership at 100WF can help propel your career and make a difference in the presence of women in the financial world.